Liquids are categorized as Newtonian or non-Newtonian.

Newtonian liquids have constant viscosity across shear rates. Non-Newtonian do not.

What does that mean?

Shear rate is the rate of deformation of the liquid.  Imagine that you drag a boat through the liquid – in a thin liquid, the force required is less than in a thick liquid.  And the faster you drag the boat (= the higher the shear rate) the more force is required.  In rheology, the force is expressed as shear stress (unit is pressure, Pascal) and the speed is expressed as shear rate (unit is reciprocal seconds, /s). 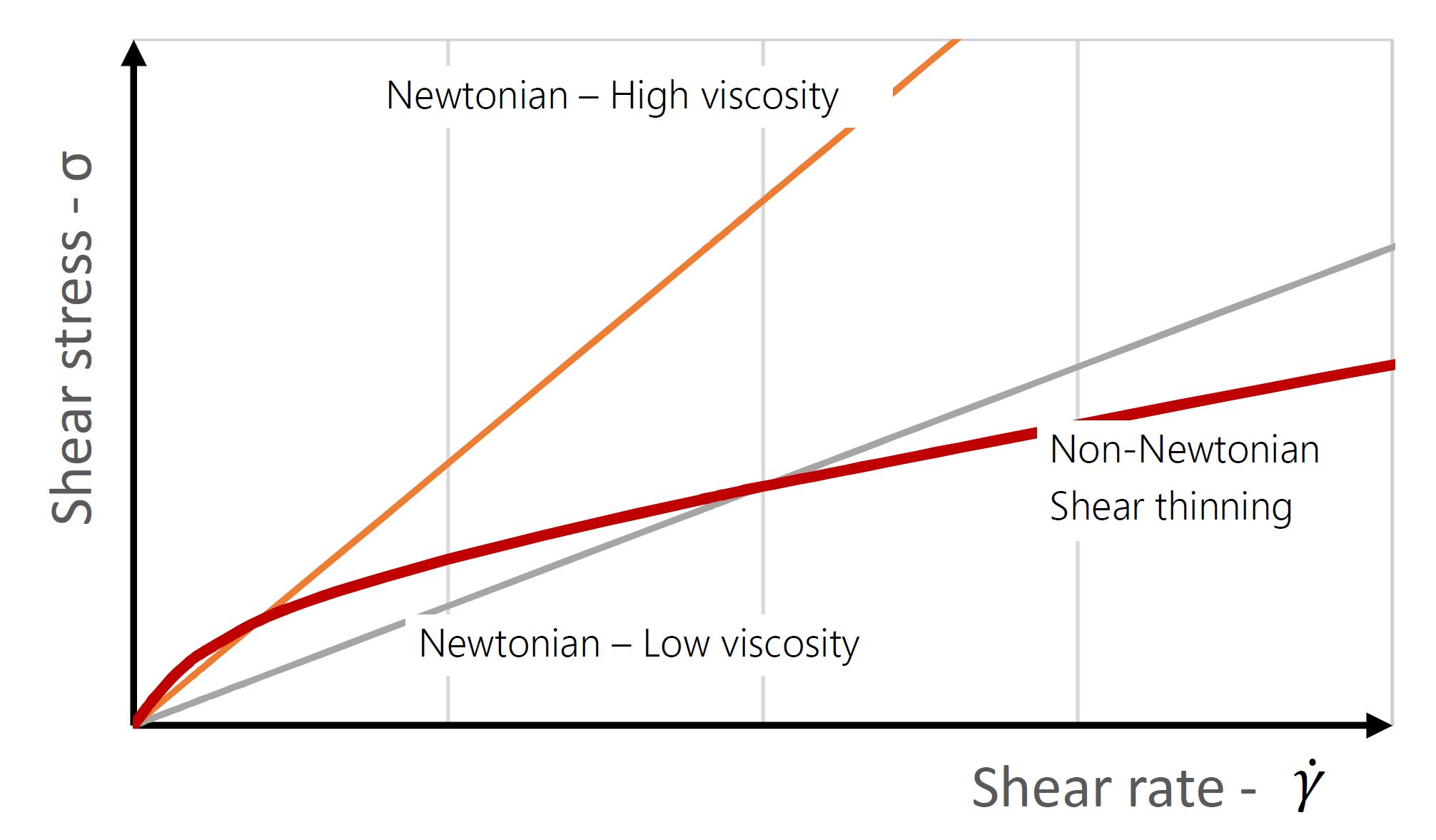 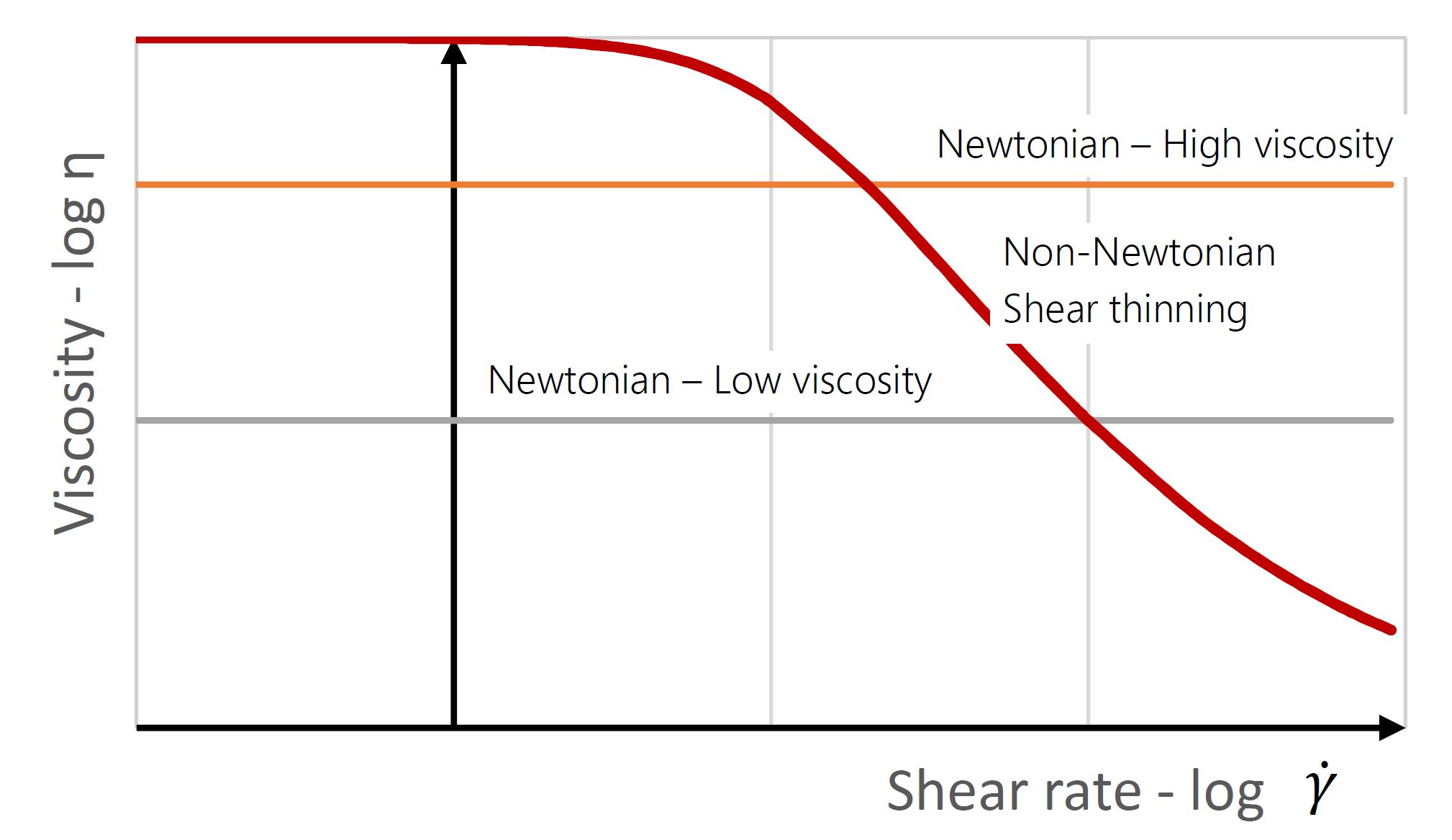 In a Newtonian liquid, the force required is proportional to the speed – the ratio between shear stress and shear rate is the viscosity (unit is Pa·s).

Examples of Newtonian liquids are water, oil, and honey, going from thin to thick or low to high viscosity.

Non-Newtonian liquids do not behave in the same way.  It does get harder to drag the boat when you go faster, but not proportionally.  Most thick liquids are shear thinning, meaning that it gets relatively easier as the shear rate is increased – the viscosity drops as the shear rate increases. Some more rare cases exist when viscosity is increasing with shear rate.

Why is this important for process control?

Today many companies have installed in-line viscometers for process control purposes.  A viscometer measures the viscosity at one shear rate.

However, even if the viscosity at the chosen shear rate is constant and remains within the control range, it may represent very different liquids as seen in the figure:  Three liquids, measured at a given shear rate have the same shear stress and viscosity, but below and above this point they are very different. 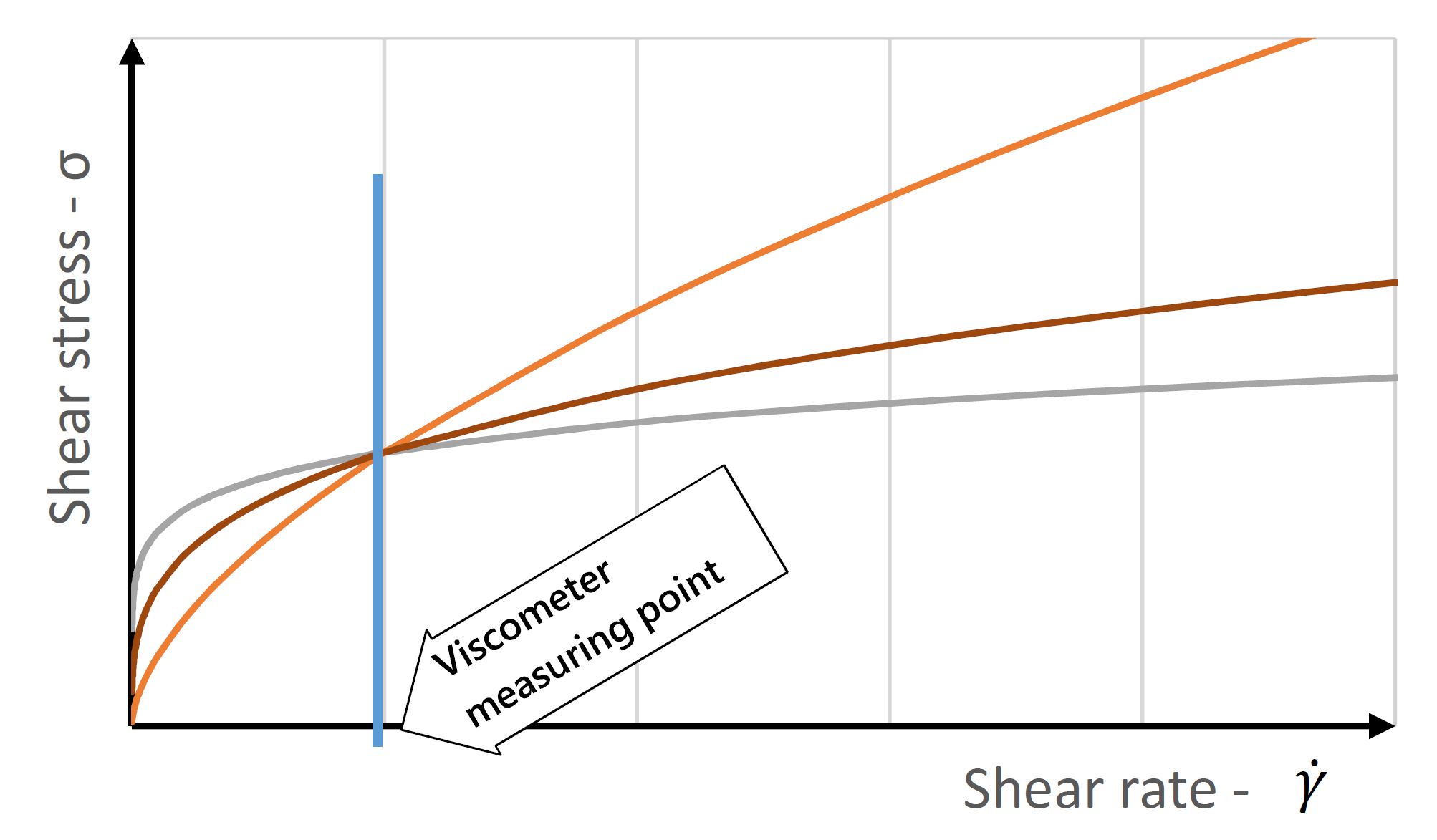 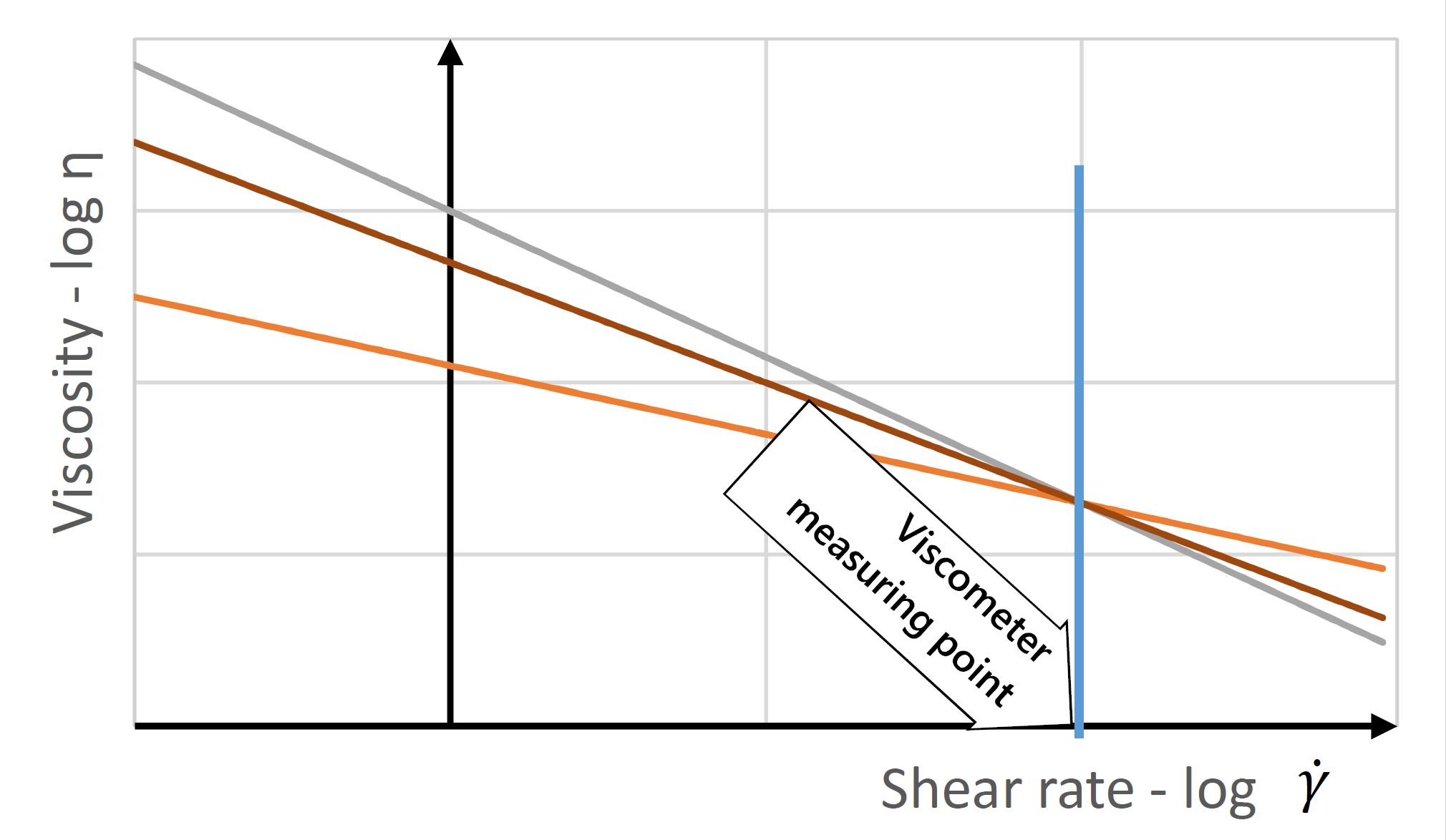 In contrast, measuring with RheoStream will provide shear stress and viscosity values across a range, making it possible to differentiate the three liquids clearly. 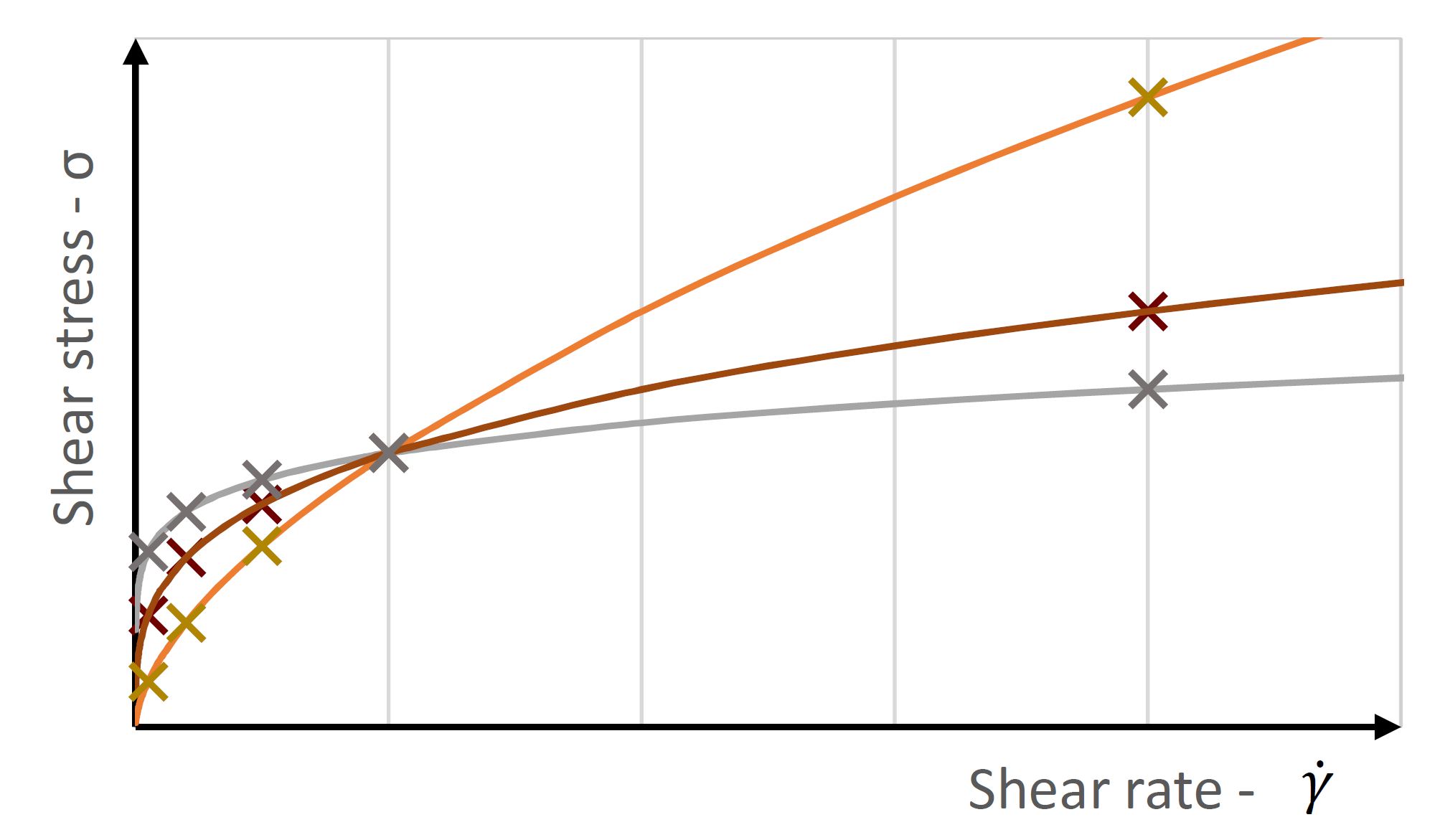 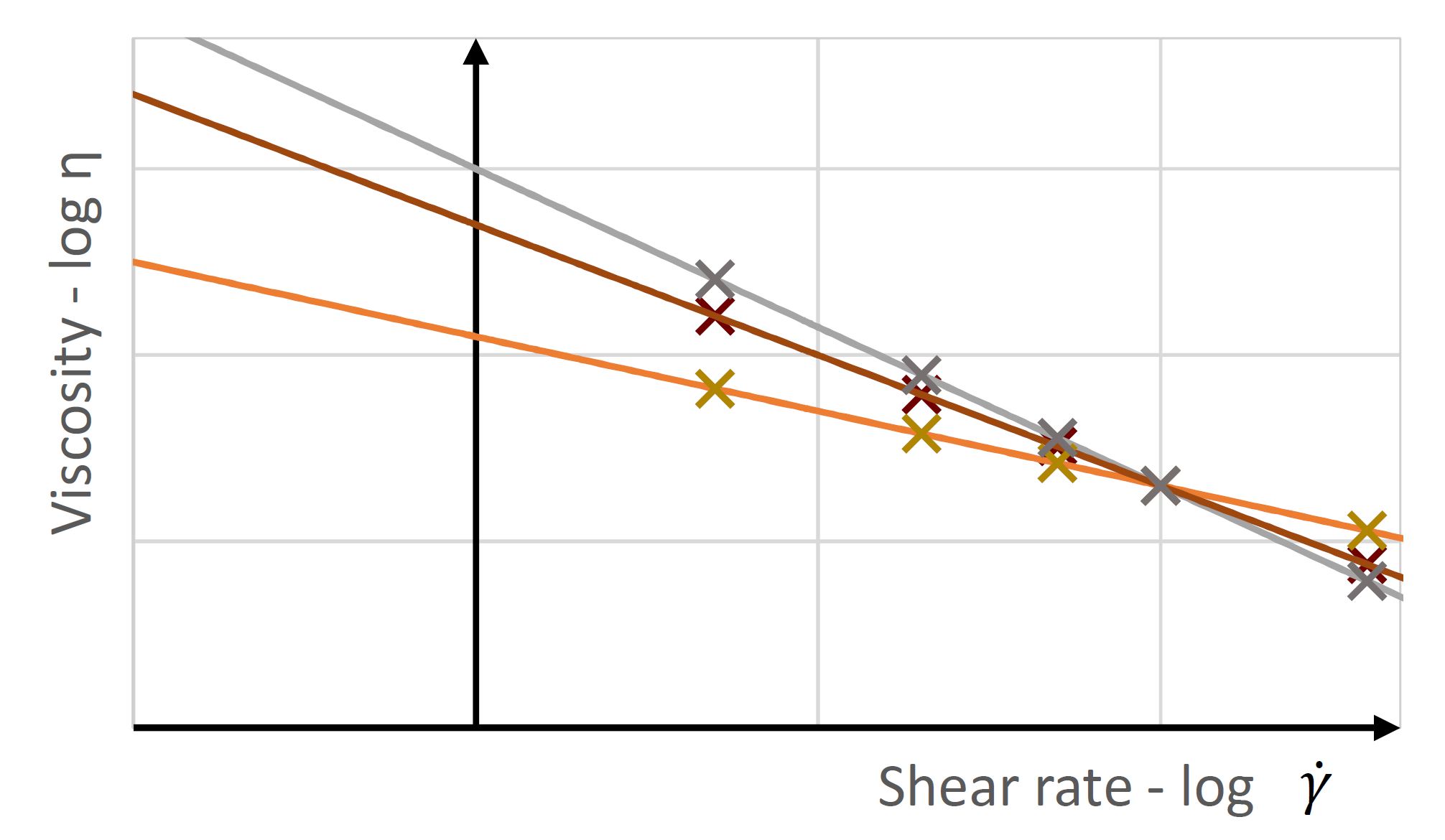 Many non-Newtonian liquids are also characterized by having Yield Stress. Yield stress means that when an increasing force is applied, the liquid does not start flowing until a certain threshold is surpassed. Or, in the example with the boat, you need to overcome a certain drag in the boat, before it starts moving.

In classical laboratory rheology, there are many ways of measuring yield stress.  One method is to model the flow curve (shear stress versus shear rate) in a linear model or in a model taking the curvature into account. Yield stress is found as one parameter in such a model.

The same approach works with RheoStream – points on a flow curve are fitted to a model, giving a measure of yield stress (see also Keeping a coating process on track) 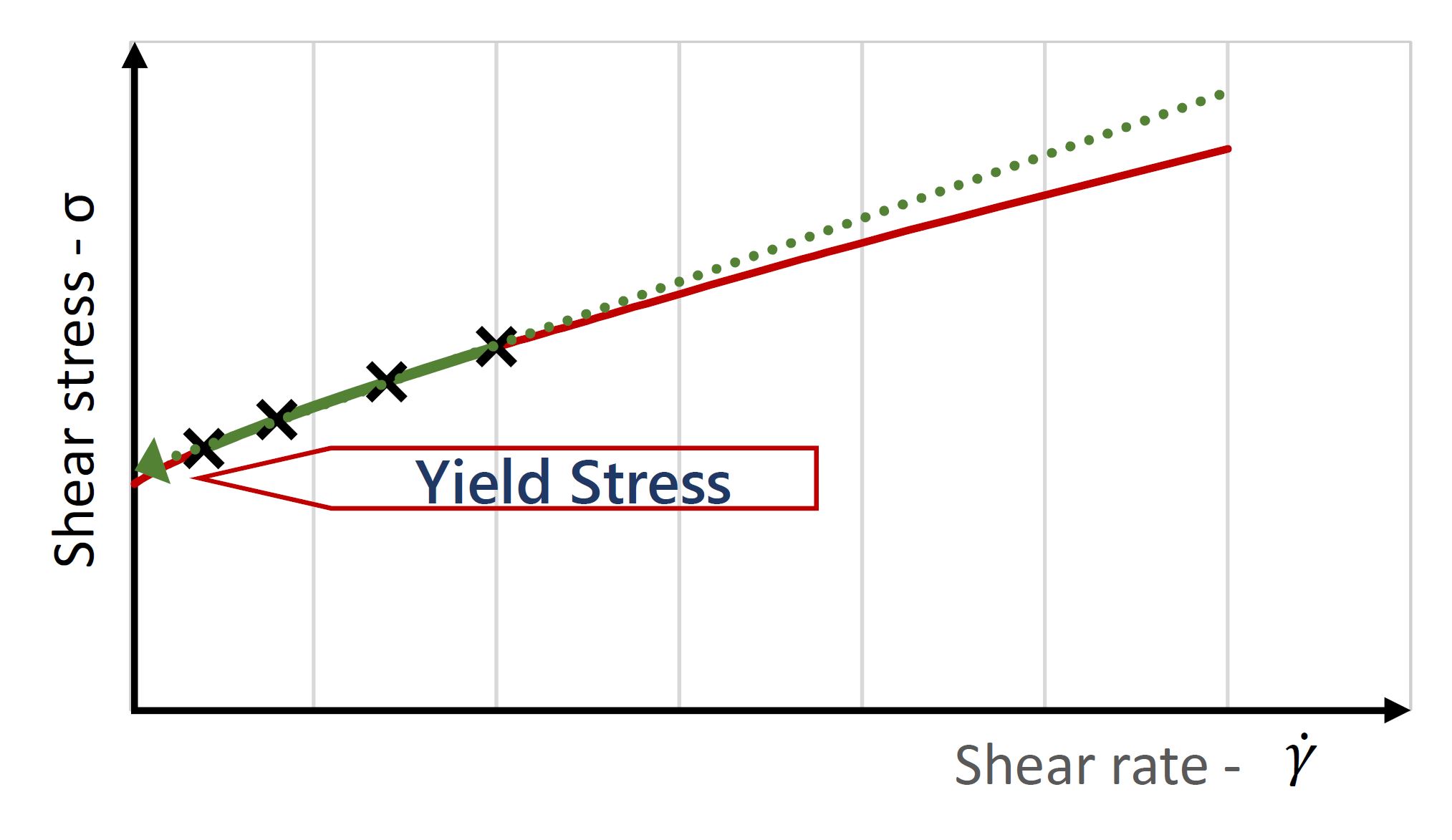 The cookie settings on this site are enabled to give you the best experience. If you continue to use the website without changing your cookie settings or clicking Accept, this is considered your acceptance